Water Has More To Do With Poverty Than You Think!

It’s no secret that water is vitally important; it is one of the absolute essentials for life. And its impact extends far into other important issues — including issues that impact poverty.


Here are four such issues where poverty and water intersect:


1. Health: Proper hygiene is one of the best ways we have to ward off preventable diseases. The current COVID-19 pandemic is driving this point home stronger than ever, as hand-washing is one of the best tools we have in slowing the spread of the disease.

Yet today, over half of the global population, or 4.2 billion people, lack safe sanitation, and two out of five people lack basic hand-washing facilities at home. This is not only an issue for those who are trying to prevent COVID-19 but an issue in fighting off preventable diseases in general. 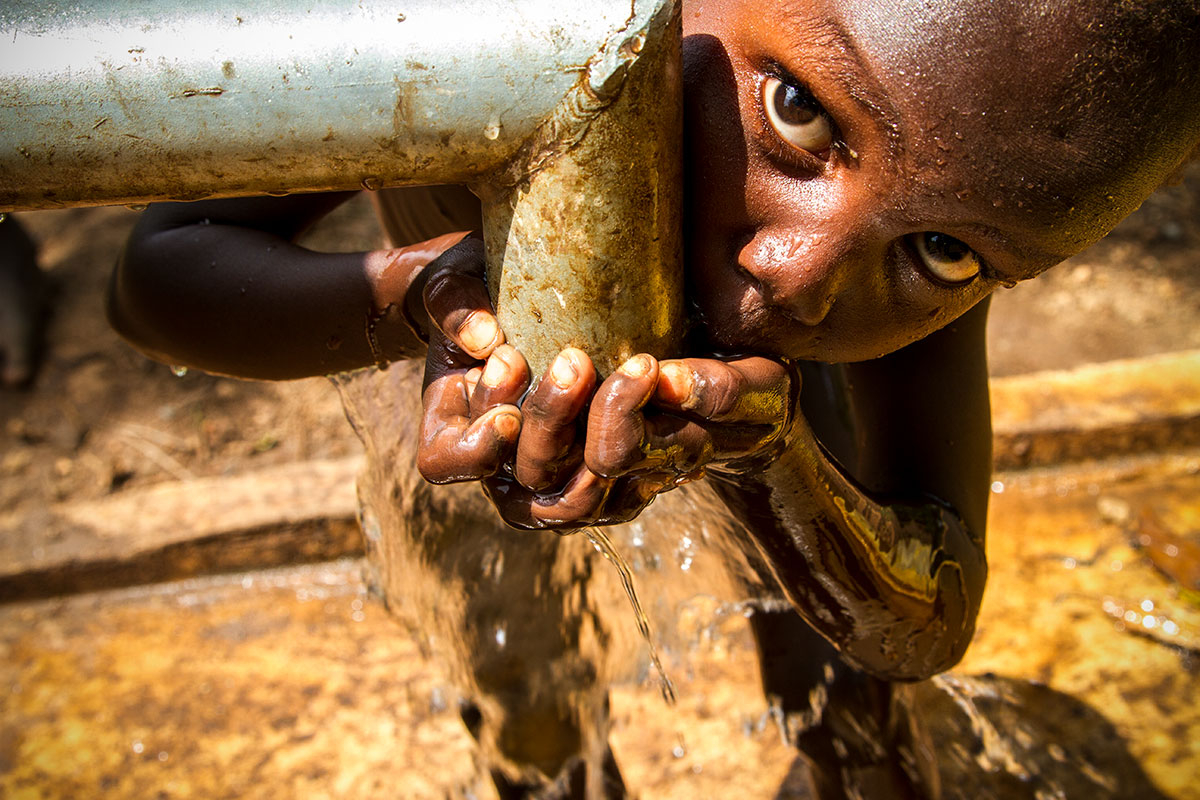 These health considerations also affect a person’s economic stability. Sickness can prevent someone from going to work or school, which lowers their ability to earn income. Additionally, the cost of transportation to the doctor, medical costs, and other costs that come from being sick can impact a person’s spending ability. As a result, investments in drinking water and sanitation have a greater return to the global economy.

2. Agriculture: Access to water has a major impact on food security. Without enough water, the ability to grow enough food is jeopardized. On a global scale, this becomes an even bigger problem.

The world’s population is expected to reach 9.7 billion people by 2050, meaning that global food security will become even more critical. This poses a challenge, as competition for water is expected to increase in the future. Additionally, growth in agriculture is more effective in reducing poverty than growth in any other sector. Having enough water for food production is therefore crucial to addressing food security and poverty.

When farmers are unable to maintain their crops due to lack of water, it can cause additional issues. Pedro Dhila, a farmer in northern Namibia, left his farm after a drought destroyed his crops. He, like many people living in rural areas, moved to cities throughout Namibia, where they have had to deal with overcrowded living situations, poor sanitation, and health and safety risks.

3. Conflict: Today, someone living in a chronically fragile or conflict-affected country is 10 times more likely to face poverty than someone living in a country that seen conflict in the past 20 years. Addressing conflict is key to ending extreme poverty, and water has a role to play. Access to water can be a driver of conflict, and conflict can conversely make water harder to access.

When water is one of the causes of conflict, it often comes down to how water supply is managed. The quality of water, how much is available, and how easy it is to access all factor into water security. When people experience insecurity, it can affect their trust in the government if the water supply isn’t being handled in an effective way or is influenced by corruption. It can also lead to water disputes between people and communities.

On the flip side, conflict can make water security even worse. In some instances, water can be used as a weapon through controlling, contaminating, or blocking access to the supply. It can also affect things like infrastructure, maintenance, or regulation. This can make accessing water more difficult, even if it is not an active factor in the conflict.

4. Gender inequality: Gender-specific issues relating to water can impact economic opportunities for women in a variety of ways.

When water is not available within a household, women and girls are responsible for collecting water four out of five times. This can greatly affect the amount of time women and girls have for school or work, which carries long-term consequences. Girls who carry water over long distances are less likely to go to school. Women who carry water also carry a greater amount of unpaid domestic work, leaving less time to do work that generates income.

Lack of water also affects women in terms of sanitation needs. Women and girls have a greater need for water during menstruation, pregnancy, and caregiving. When those needs are not met, women and girls cannot fully participate in society. This can limit girls’ ability to go to school, and the ability to expect and current mothers to work.

Additionally, public or nonexistent sanitation facilities can increase the risk of gender-based violence, which also limits freedom and opportunities for women and girls.