The Secret To Happiness Depends On How Much Water You Drink!

The more water you drink, the happier you will be. People who drink enough water recommended on a daily basis are three times more likely to feel very happy, according to new research.


A OnePoll study of 2,000 persons found that 67% of participants who said they drank “more than enough” water described themselves as “very happy,” compared to those who admitted to not consuming enough water were less likely to say they were “very happy” (21%).

Happiness is a glass of water

The National Academies of Sciences, Engineering, and Medicine suggests men drink 3.7 liters (15.5 cups) of fluids per day, while women should consume about 2.7 liters (11.5 cups) on average daily.

However, results from the survey found that the average person drinks just five glasses of water per day. The average respondent said they felt the recommended amount of water intake per day was just five eight-ounce glasses when it should be eight. 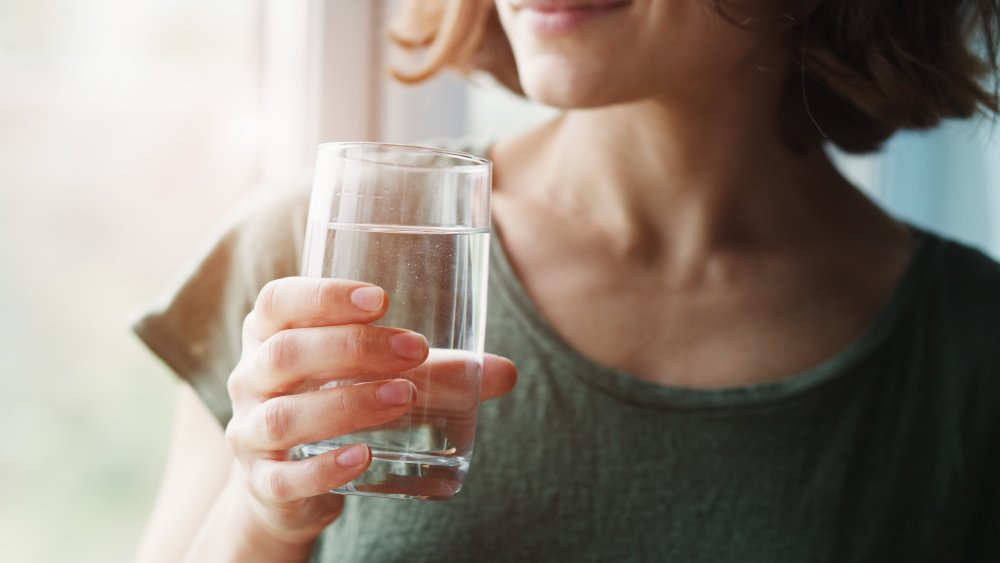 Respondents who drank more than 10 glasses of water per day were statistically found to be “very happy,” with 80% reporting so. However, 18% who consumed the same amount reported being “somewhat happy.”

For people who had 10-plus glasses of water per day, more than 80% said they felt “very energetic.” The study also found that they were most likely to rate themselves as “very successful.”

As people consumed less water, the percentage of very happy respondents decreased. For respondents that drank four glasses of water, just under half (45%) said they felt “very happy,” while just 34% who had just two glasses a day said they felt similar emotions.

Drinking water daily has its health benefits. It gets rid of wastes through urination, perspiration and bowel movements while keeping your temperature normal, helping your joints, and protecting sensitive tissues, according to the Mayo Clinic.

Not surprisingly, people who had zero glasses of water were not very happy. Nearly a quarter (24%) reported feeling negatively because they weren’t drinking water throughout the day. So what are the reasons for these non-water drinking folks?