Check These 10 Reasons Why Clean Water Can Help End Poverty!

For those of us who are lucky enough to have water on demand, we may take the simple necessity of having clean water running from a tap for granted.

So here are ten reasons why improving access to clean water for the world’s poorest can help end poverty:

1. 663 million people don’t have access to safe drinkable water - that’s one in every nine people. 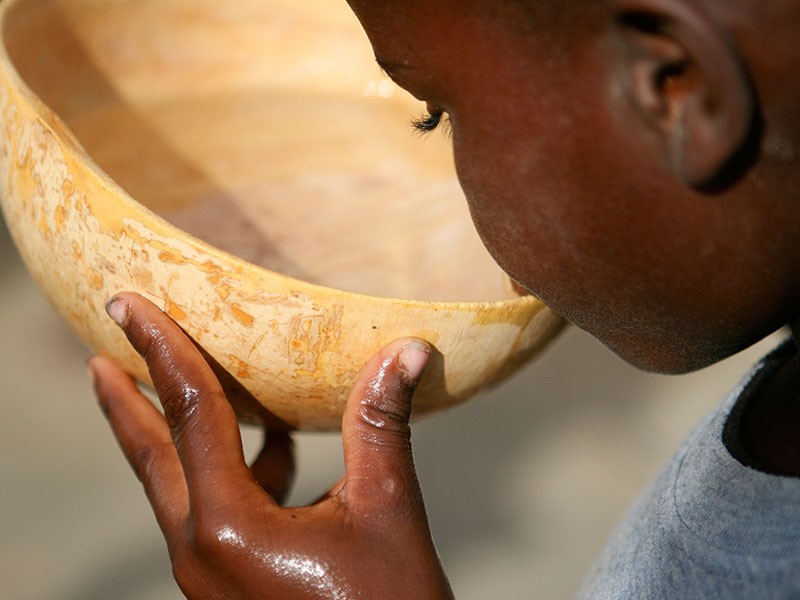 3. A one-minute shower with a conventional showerhead uses more water (at least 20 litres) than most people in sub-Saharan Africa use in an entire day for basic drinking and hygiene purposes (the average is ten to twenty litres).

4. According to WHO, 20 litres of water is sufficient for very basic drinking, cooking, and handwashing needs in a developing country, but other common tasks that require larger volumes of water such as bathing or laundry are difficult to achieve with only 20 litres.

5. In Africa and Asia, women and girls walk an average of 6km a day carrying water that weighs more than 20 kgs. Imagine that. It’s equivalent to carrying two cases of soda, or a 40” flat screen television for more than 3.5 miles.

6. Everyday people – mostly women and girls – spend 125 million hours collecting water. With safe access to clean water, those hours could instead be spent in a classroom, on income generation, or having fun.

8. When schools have water and sanitation facilities, attendance rates increase, especially for girls. Unfortunately, globally one-third of all schools lack access to sanitation and drinkable water.
9. 160 million children suffer from stunting and malnutrition, which has lifelong impacts on their health, education, and economic potential. 50 per cent of malnutrition is linked to lack of clean water and sanitation.

10. 2.6 billion people have gained access to improved drinking water since 1990.