Drilling A Borehole In Zimbabwe: Delight or Despair!

In November, desperation for water starts to peak. Chivero and other sources are at their lowest ebb, the rains haven’t set in, and taps and wells and boreholes choke on dust.

Everyone is searching the skies for rain clouds, and many residents also begin to search underground as well.

At around $50 per metre to drill a borehole before factoring in the cost of a pump, tank, piping and electrical, groundwater is a commodity available at luxury prices that very few households can afford in these fraught times.

But when the princely sums are raised, the first step is to site the borehole. This is a vital, make-or-break process.

Success means a seemingly limitless gush of pure, cool, sweet water. It means drinking from the taps, and a leafy veggie garden. It means a slip ’n slide for the kids on a hot summer’s day. Failure means a big hole in your wallet, a dry one in your garden, and a huge mess to clean up. 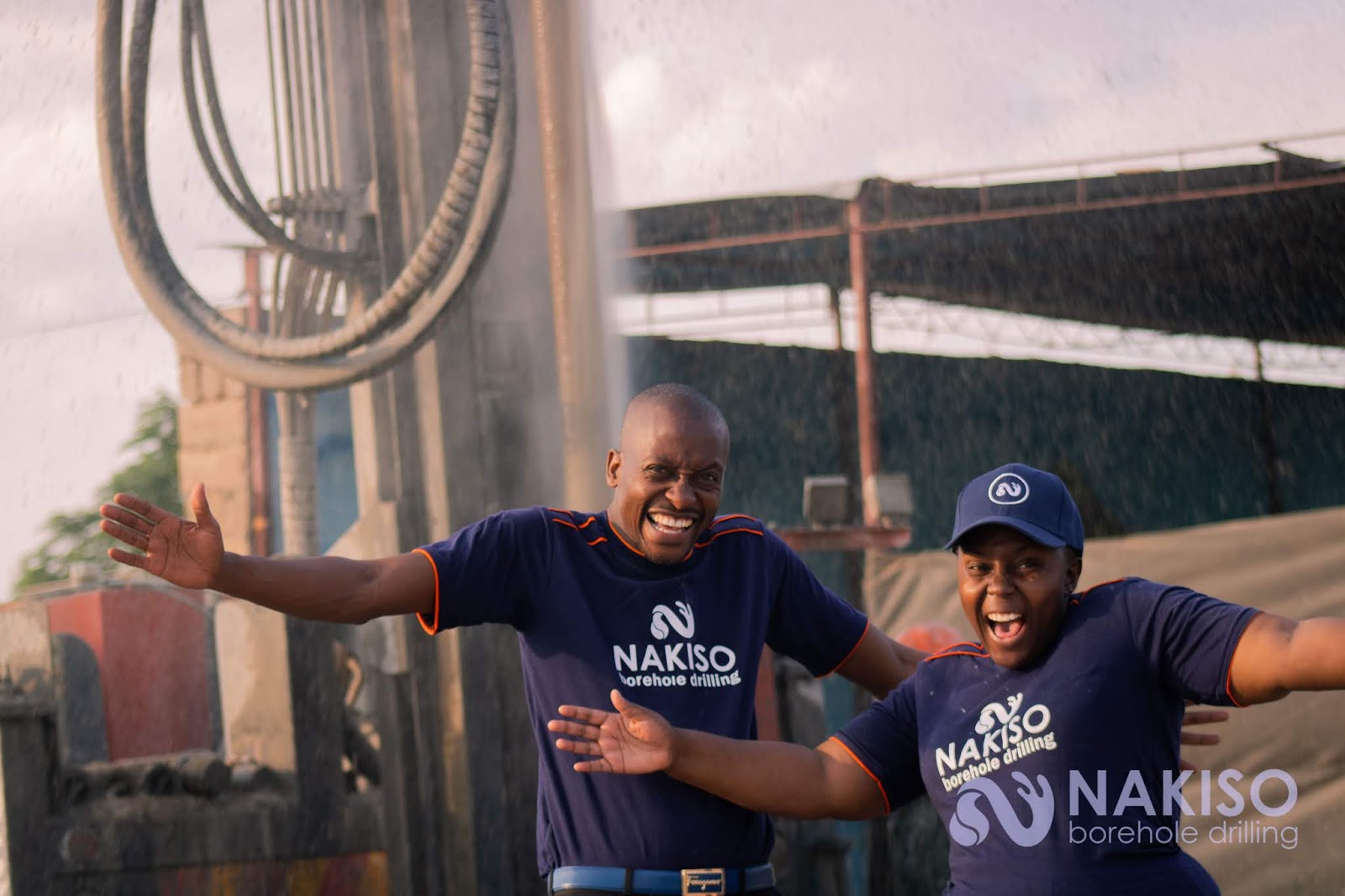 If you are drilling, nothing is more gut wrenching than not hitting water, and as the water table drops, this is becoming a frequent reality. You may end up resigned to costly water deliveries, erratic, dirty municipal water, lugging heavy containers and topping up the toilet with a soapy bucketful of bathwater.

So how are boreholes sited? And how reliable are the ‘experts’ who make that choice on your behalf?

There are two methods used to select a drill site. The most common is using the services of a water dowser, or ‘diviner’. Dowsers are people from all backgrounds who claim to have refined an intuition that we apparently all have. Watching a dowser at work might suggest that there are forces such as magnetism or gravity being detected, but there is no science to support this, and dowsers themselves don’t profess such. What does seem to happen is that by using copper wires, bottles of water, or even a carefully chosen stick, dowsers can triangulate rock fissures where water is likely to be collected.

I met with Vortex Boreholes director James Stevenson to quiz him on dowsing. He grabbed two sets of dowsing rods (copper wire bent into an ‘L’ shape) from his truck, and we walked out of the Vortex premises in Hillside to find some open space to walk around in. “We hire five dowsers here in Harare. These are people who have practised and are in tune with this ability. Generally, they have followed other seasoned dowsers and sited 30 or more boreholes on the exact same spots as the pros,” Stevenson said.

“Key to siting a borehole is knowing the lay of the land. Once you’ve drilled 5,000 boreholes in a town, your instincts and knowledge will be strong, and your accuracy will be high.” Stevenson gazed across the road and looked at some trees. He walked a few paces, and placed a stone on the tar and said, “There’s water here. Just my instinct.” I laughed.

Stevenson pushed his rods into the soil under a tree and held them pensively for a few seconds. I did the same. “I can feel myself linking with the earth.” He raised his rods and started walking brusquely across the road. His rods suddenly swung to the left. I was two steps behind him, and to my disbelief, my rods did too. “Ok, so we know we have to go in that direction,” said Stevenson, “there is a fracture in the ground along this line.” He did the same thing coming from another direction to triangulate a spot. His spot. Where he had placed the stone. It all happened very quickly. My rods and his were in sync. My deeply sceptical mind started looking for an explanation.

Stevenson explained that it’s a spiritual process, and has nothing to do with geology or physics. I’m a cold-blooded sceptic, but I was flushed. The implication of this seemingly random process was a fraying of my world view. I’m open to having it frayed, but I always search for a rational explanation. Drilling and testing the site would have given me something to go with, but of course we couldn’t. What does the wider scientific community say? 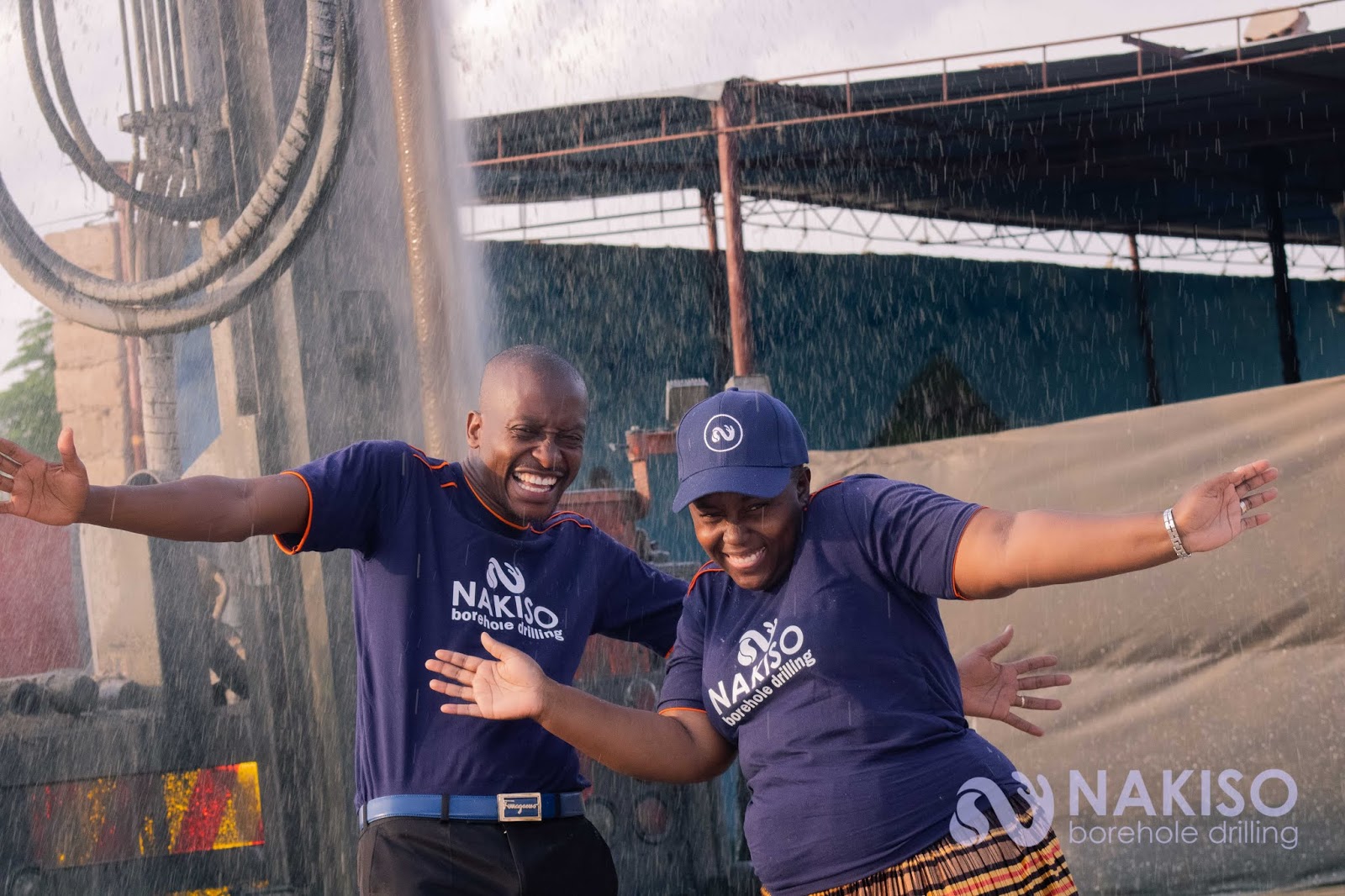 Statistical studies are inconclusive, with some reporting that dowsers improve odds, and some indicating that they can give you worse odds than random drilling. The scientific community is generally – though not always – sceptical about dowsing. But dowsers are still busy out there, siting boreholes across the country. Their disclaimer? Stevenson says that they can find fissures in the rock where water is likely to be, but might not be.

If you are sceptical, you can use the services of geologists who deploy a geophysical method called earth resistivity. It’s a technical and more costly process that draws on geological survey data and uses an electromagnetic field to find paths of least resistance in the ground which might indicate a fissure. Tim Broderick is a geologist with a deep knowledge of Harare. Give him an address, and he can describe the rocks below your land. He combines an intimate knowledge of the city’s geology with the resistivity method to improve your chances at finding a fissure, and maybe some good water.

“We are looking for ‘unconfined aquifers’ – fractured rocks where water is stored. The fractures act as pathways and storage space for the water. The harder the rock, the less likely it is to fracture or wear away, and you are likely to have less water than an area with softer rock underground. Greystone Park is named after the dolorite boulders you find there. Dolorite is highly resistant to weathering and breakdown, so Greystone Park is pretty poor in terms of water potential,” explains Broderick. He declined to comment on dowsing, but indicated that geologists and dowsers should work together to best effect.

Broderick is very cautious about his work. “I don’t believe in conjuring a single-figure success rate. My success will vary depending on the area and rock types. I can only advise people on a rough chance of success at hitting a fissure at their location, there are no guarantees.” 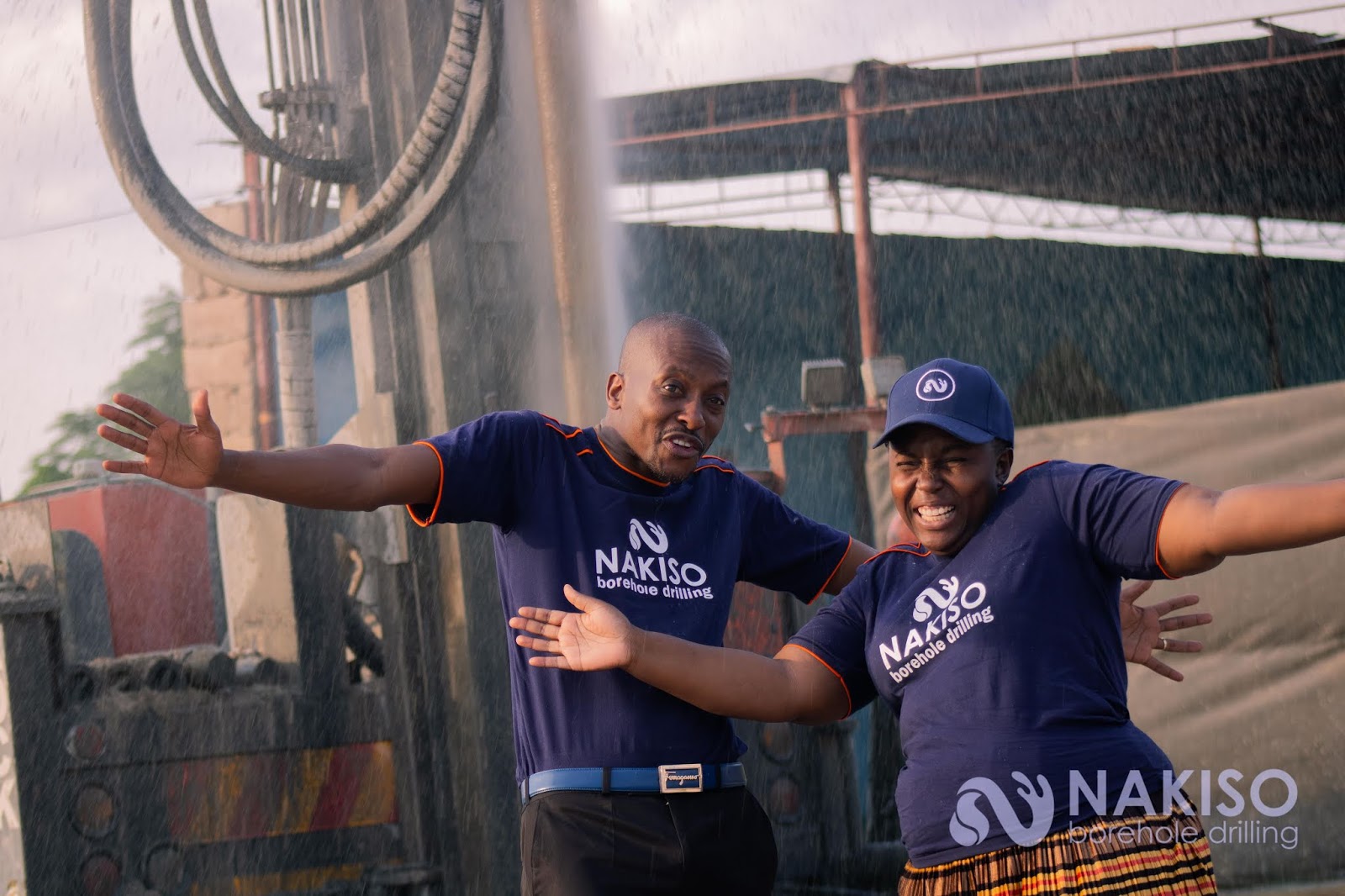 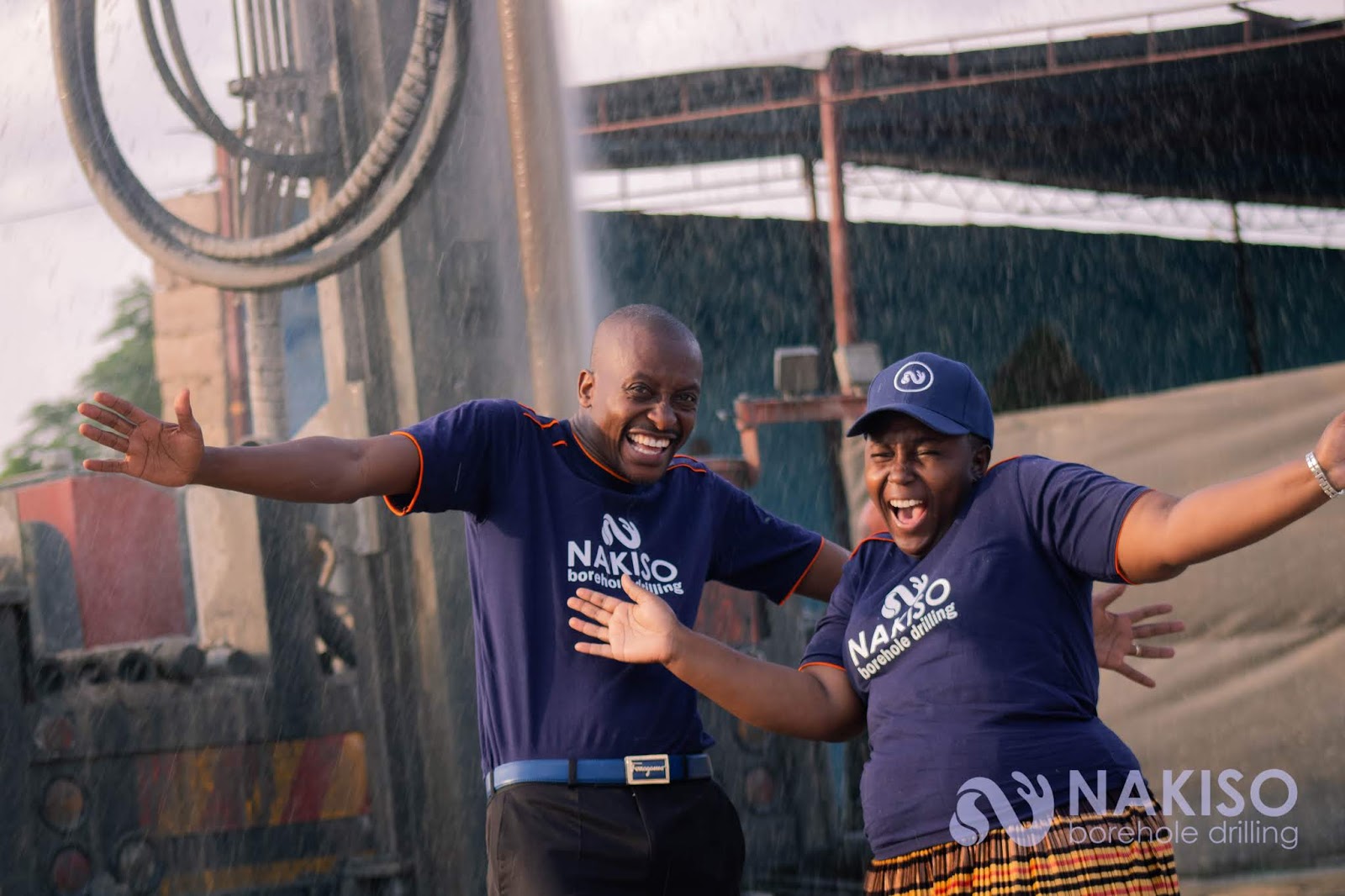 So where does this leave the resident hoping for water? Well, you have to join the line of people who are taking a chance. What is critical is if you do get water, you must treat your borehole with care.

Water conservation must be a permanent state of being in Zimbabwe, even for those enjoying fruitful boreholes. Watering of verges is a definite no-no. Use plastic sheeting to slow evaporation from your pool, and use simple pipes to recycle greywater from the shower and bathroom – it can keep a corner of your garden lush without impacting your demand. Harvesting rainwater is an easy one too, and digging pits in select corners of the garden can make a difference to how fast your underground supply is replenished. If you have an old or disused borehole, you might even channel runoff from your roof straight down the hole. If you are drilling a borehole, improve your odds by using a reputable driller, and if you do get water, value every drop.